Denis Donoghue was an opponent of what he called the “political turn in criticism.” But he wasn’t indifferent to politics  ... more »

The romance between Sartre and Beauvoir was haunted by the friend whom she wrote about again and again  ... more »

Eric Rohmer’s films tend to be all talk and no sex. But embracing restraint, he recovered eroticism  ... more » 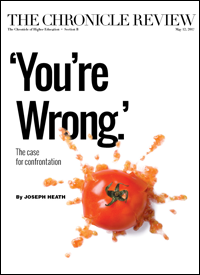